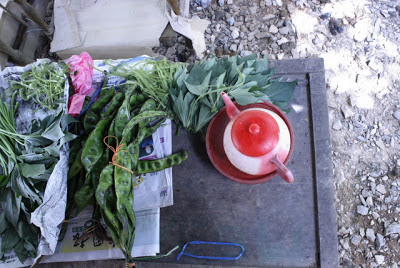 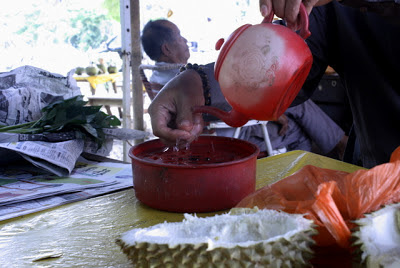 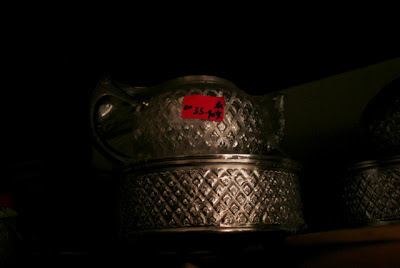 Email ThisBlogThis!Share to TwitterShare to FacebookShare to Pinterest
Labels: malaysia

Drinking jamu can hardly be classified as recreational. But then again, how often do we twenty-first century humans subject ourselves to slightly unpleasant experiences for the sake of our long-term benefits? It's like getting a tattoo. Your happiness is mutilated for a few minutes but you soon feel like getting another that is even more hardcore ugly-tasting.

Jamu is a blanket term for Indonesian medicinal formulations. We were hunting down some idli recently in Melaka when we spotted a makeshift stall apparently selling refreshments. We perused the little packets in a plastic bin and saw photographs and illustrations denoting ailments addressed or positive endstates after drinking some jamu.

Aside from being an "unintentionally funny funny" enthusiast's dream, the packets symbolize something a phenomenon that evades many "developing country" cultures (save for India and a few more maybe?)-- the mass-marketing of "indigenous health products".

From the smoky room of an herbalista or albolaryo (our local Filipino blanket terms for people who deal with leaves-as-medicine, or pigs' blood smearing-- yes, we lump them together) to an easily-distributed packet that can be sold anywhere and served by anyone with a few ingredients and a wire whisk. You wonder about the journey. This article describes fresh jamu in a wet market setting. I imagine a succeeding phase of commerce, of jamu propagated through market stalls of loose dried herbs and home-repacked plastic bags of powders, like you see in places like Quiapo.

But this sachet-ization of jamu is something else. The just-add-water state is the easiest path to third-world domination (Nescafe, yes?). It has been attempted by energy drinks locally to limit transport, storage, and spoilage costs.

You begin by selecting the packet you like. If you can't read Indonesian, you can base it on the packet art, but sometimes that can be ambiguous, e.g.:

The lady at the jamu stall helped us select suitable packets, to do with virility and being a nice-looking female with shiny hair. She cut them open, emptied the earth-colored powders into a blender.

Afterwards, she added a raw kampung (village, or non-industrial) egg yolk. Before you judge, raw egg yolks are, like, an original superfood, as long as they're "native" or backyard, with deep-colored yolks. Remember Disney's Gaston? Yes, from Davao to Romania, tales abound of grandmothers mixing egg yolks into great-tasting things like wine, sarsaparilla, and hot chocolate. But in jamu? You can't tell which bad taste is trying to mask which, apparently (I skipped it).

Then follow two kinds of fermented syrup, which were blessings, really. The lady topped it off with some hot water and ran the blender. It is worth noting that most of herbs and spices were obviously not water-soluble, so the beverage was a little grainy, like consuming a well-spiced German Christmas cookie without flour or butter.

It is also worth noting that I felt exceptionally great and bright-eyed the whole day despite all the eating that had taken place against my better judgement. Which leads me to conclude that megadoses of pleasure deserve megadoses of displeasure, which are in turn perversely pleasurable.


Although I find it a terribly unsettling idea to put hot beverages in plastic bags, I also find it nice that we still live in a world where cupholders are just one kind of in-car beverage-resting thing.

Because the Moslem population of the Philippines is somewhat geographically concentrated, we rarely witness non-Catholic festivities in the capital. Nope, no families dressed in the same color, no replicas of ketupat hanging everywhere. From what I gather from Malay friends, Hari Raya is their version of Christmas (i.e. a traditional celebration on steroids), with spreads ranging from humble to ultra-elaborate, with the accompanying consumer lunacy.

We were welcomed into a farmer's home for some merienda. From what I gathered, these were leftover snacks from the bright festivities that had just dipped into the horizon. I didn't understand much of what they were saying, but there was a lot of laughter.


The food is a mixture of Malay, Tamil, and Western food. The cookies, in particular, are hard little versions of the sort of stuff you will find in Philippine bakeries-- garishly colored, very sweet, margarinized.

Last week, we visited a few farmers outside of Kuala Lumpur. I like when people are leaning in to enter a house and they look like they are doing the cha-cha, but they are actually trying to remove one shoe using the other foot. I like that primarily because it is an indicator of the lovely "no-shoes" rule. It makes a house so low-maintenance, and you can sit on the floor more.


In Philippine provinces, they do this. What about going inside the famous Southeast Asian wet bathrooms, you ask? There is usually an extra pair of wet-slippers in the shower (which is also where the toilet is, without division). In other places like Sweden, where the model of cleanliness is definitely dry, there is nothing of this sort.

Taking off from the photos of ornamental protection in Manila, here are some from Davao.

The weekly market in Paoay features a few things that would make the Manileño throw up a little in his mouth. I am a slightly morbid non-meat eater who is often faced with things that make me shudder, but my cultural curiosity often outweighs any initial horror.

But also, the presence of frogs, ant eggs, and whatnot in the Ilocano menu is an encouraging diet that is "hedged"-- i.e. still includes a variety of species, in particular some that haven't quite made it into the industrial realm. Frogs or tokak from the rice fields are eaten just like chicken-- battered and fried, stewed in coconut milk or adobo-style.

The world is a marginally nicer place because of patterns in protective wrought iron or concrete (or even wooden) grills. Less fancy urban areas employ more geometric, simple (cheaper) designs, but gated communities are not immune to this modern-day necessity. In fact, probably the only areas devoid of grillwork are located in the super rural, wooden-tungkod-window realm. These are some examples from the city of Manila. 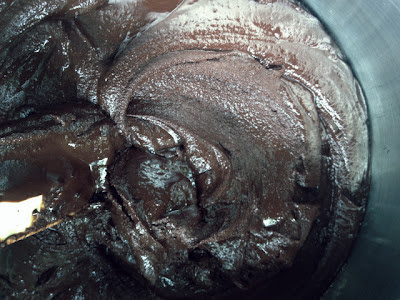 The silence is due to finding myself running three small companies, with some consultations as well. I look at this blog and think fondly back on the days wherein I was able to share photos and thoughts (and the accompanying research), and know that soon I will be back and a-posting again.