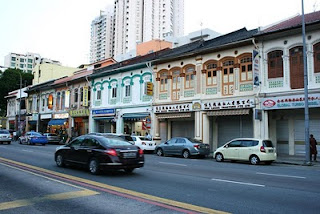 I am in Singapore for a couple of weeks. 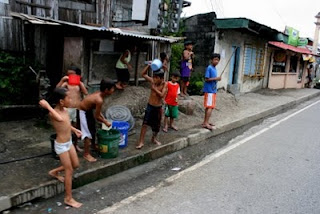 The zone in which kids shower publicly. 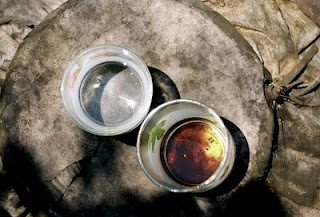 It's an acquired taste. Though commonly called "sugarcane wine", I perceive basi to be more beer-like in flavor (and usage), pleasantly fizzy while "young", and especially good when very cold. The drink is typically made from cane juice fermented with samak (Macaranga tanarius) fruit, leaves, and bark. The predominant flavor of samak leaves, a dull astringent taste, is what defines the drink for me. 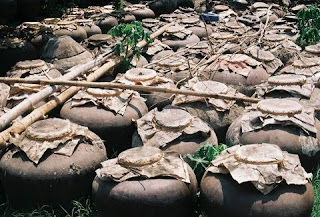 Depending on the producer, a blend of other ingredients such as duhat (Syzgium cumini) bark and ground rice are added, among other things. Various other "secret" ingredients include cacao, ginger, and peppers. 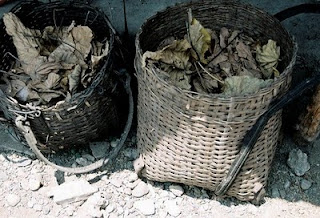 Outside of Ilocos (and Pangasinan), however, a starter culture (bubud, made from rice flour) in place of samak berries is utilized to aid in fermentation, and I cannot say I have tried that variety. It is still called basi, but I'm not sure how it compares in terms of taste, and it confuses me, considering it would mean that there is no clear way to define basi separately from the other sugarcane wine varieties in the country, other than the name and region, perhaps. The bacterial and enzyme population of the two starter varieties differs significantly. For more technical information, you can pick up a copy of Philippine Fermented Foods: Principles and Technology by Priscilla C. Sanchez. 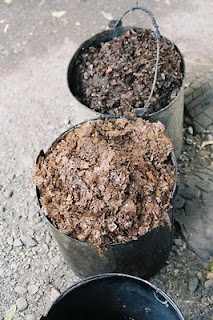 Spent samak leaves, which will be put in distillation equipment to produce arak ti basi.

Basi comes from sugarcane juice. Making it may have been one of the first widespread applications of the plant in the country. Before sugar became the source of so many dramatic fortunes, sorrows, and toothaches in the Philippines, the grass was a sporadic subsistence or limited-cultivation crop around the islands. There was "wild" sugarcane that grew uncultivated, consistent with assertions that sugar originated from Southeast Asia, or at least, the South Pacific (still debatable). 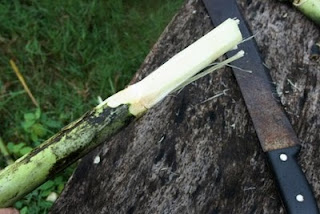 The green "native" variety, which spreads rapidly by creeping.

Before processing came about, the "natives" were already said to enjoy chewing the fibrous, sweet cane, using it to pass their hunger, or even as pacifiers for babies. We still do today, across the region. I remember being young and stopping at the Batangas sugar fields to eat some peeled tubo, and have bought several bags of plain chopped sugarcane in Cambodia and Thailand. The concept of utilization is simple-- find a sweet part of a plant, chew it for pleasure, spit the fiber out (or just suck on it instead). Interestingly, a similar pattern works with the roots of the cogon grass, a reported "miniature sugarcane" among Bicol children, and wonderful for the kidney as well. 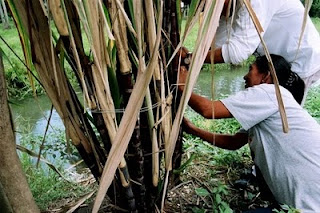 The dark, high-yield Alunan or La Carlota variety of sugarcane, in Mindoro.

Inevitably, there would be evidence sugarcane alcohol production all over the country. The fourteenth cenutry saw Chinese traveller Wang Ta-Yuan probably had the earliest account (the link describes several others) of the plant's use in the country, describing the ability of natives to make wine from its juice. The drink was called many things in many parts of the country. But we are following the samak basi trail, and that inevitably leads us up north.

Before this still, the drink was in production in the (way north) Batanes area, as stated in 1686 by Dampier. The crew on boat liked basi so much and drank copious amounts of it. And that was how, for a period in history, the group of islands around Batanes came to be known as Bashee Islands, after the drink we don't all love today. But don't take my word for it:

Their common drink is water; as it is of all other Indians: besides which they make a sort of drink with the juice of the sugar-cane, which they boil, and put some small black sort of berries among it. When it is well boiled they put it into great jars and let it stand three or four days and work. Then it settles and becomes clear, and is presently fit to drink. This is an excellent liquor, and very much like English beer, both in colour and taste. It is very strong, and I do believe very wholesome: for our men, who drank briskly of it all day for several weeks, were frequently drunk with it, and never sick after it. The natives brought a vast deal of it every day to those aboard and ashore: for some of our men were ashore at work on Bashee Island; which island they gave that name to from their drinking this liquor there; that being the name which the natives called this liquor by: and as they sold it to our men very cheap so they did not spare to drink it as freely. And indeed from the plenty of this liquor and their plentiful use of it our men called all these islands the Bashee Islands.

Alright? Just a note, the "berries" may have been duhat, but given that they were described as "small", I am betting on samak. Duhat yields fruit larger than the normal European berry.

Other northerly tribes apparently enjoyed basi more than the sugar, with Jenks claiming widespread fermentation of rice and cane wine in 1905 in the Bontoc area. (Interestingly, of sugar itself, he says: There is not much sugar made in the area, and a large part of the product is purchased by the Ilokano. The Igorot cares very little for sweets; even the children frequently throw away candy after tasting it.") 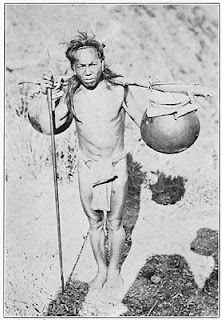 An Igorot basi vendor, from the Jenks publication.

The Jenks publication describes extensively how basi was utilized extensively in Igorot ceremonies (and it has cool pictures, do click on the link if you're interested). 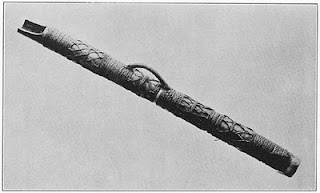 An Igorot bamboo tube for carrying basi, from the Jenks publication.

So where is basi today? Since Dampier and Jenks, it has become a cottage industry in Ilocos, with many trying to "commercialize" it into a wine. None of these attempts have tasted good to me, however. And the Bashee Islands? They call their sugarcane wine palek now. What happened in between? We can only guess, and keep searching for clues. 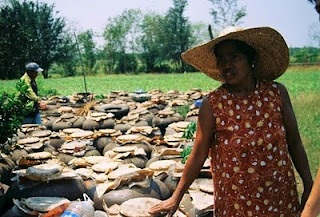