Cafeño in San Juan in Batangas 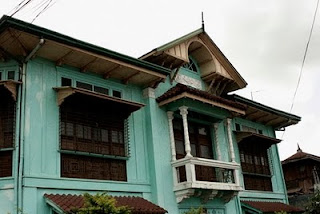 Aside from promising street after street of old-house-porn, coming to Batangas gives you all you want-- beaches and coffee. When driving to La Luz to splay yourself out on the sand, you first pass by San Juan, one of the many small, urbanizing towns south of Manila. 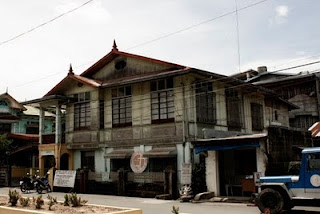 A lot of mid-sized Batangas towns were once fairly small economic activity. They retain a functioning, somewhat organic, layout. Plazas, small streets, old houses, churches that don't look like suppositories, and so on. In eastern(most) Batangas is San Juan,0 originally called Bolbok, from nabulbok or "bubbling" (referring to a "live" stream in the area). Eventually, bothersome flooding from the rivers Bancoro and Bangbang resulted in the transfer of the whole town to its current location. 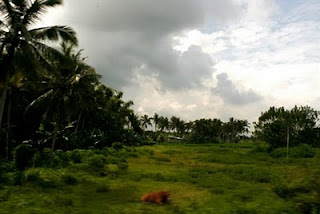 Not far is the countryside. 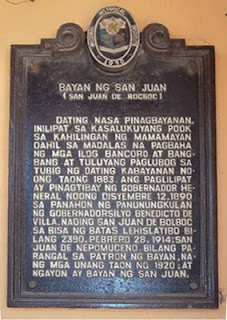 Explanation of why the whole town was moved in 1869.

Of course, you will spot an old house that tells you to stop by. It bears the name "Cafeño" in a few different fonts, colors, and forms. 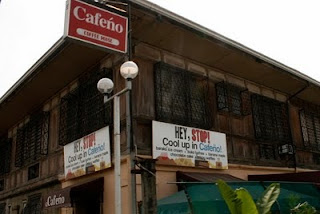 Hey, stop! Cool up in Cafeño!

My favorite being the bold yellow wall with simple illustrations. 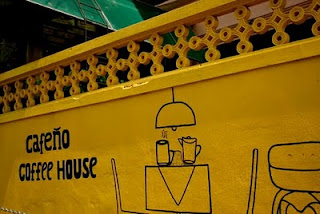 A semblance of symmetry on the table. 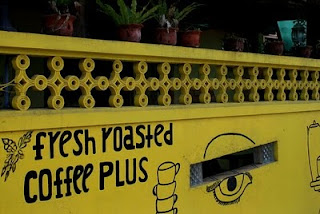 Inside, you will find a cozy room with small objects collected through the years. The Western strain of cafe, together with a low-key but intuitive assembly of things and offerings illustrates the long-running sliver of cosmopolitan influence among small-town elites. 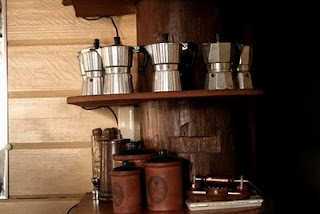 Old moka pots. Am unsure if they are in use. 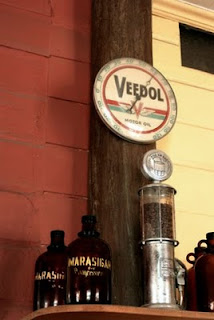 You can sit and read magazines while waiting for food that makes you nostalgic for rainy days with lola. Suman (steamed rice cake) with warm panotsa (coconut and raw sugar sauce), cacao with either churros or pinipig (pounded crispy rice). 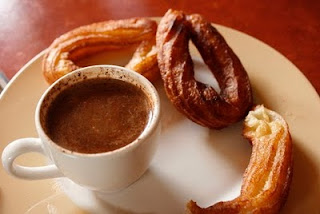 Cacao with churros. One is a bit burnt, but still tasty. 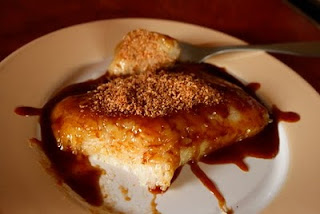 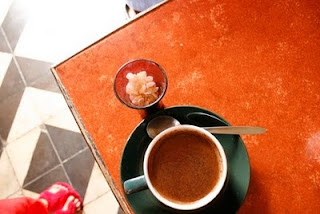 Cacao with a siding of pinipig.

An oddity is the collection of several clocks bearing the times of different cities around the world-- a continental touch that seems a folly. The odd selection of cities-- Seattle, Seoul, Toronto, and Paris-- is printed on white paper, cut, pasted on colored paper, and wrapped in plastic, a la school bulletin board. 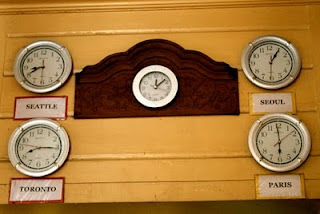 Time now is as follows. 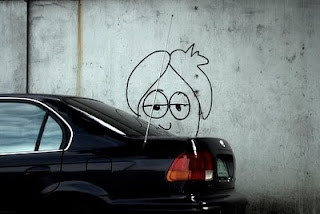 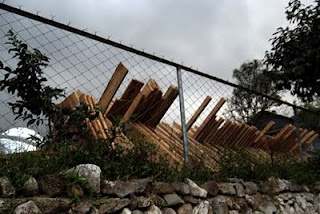 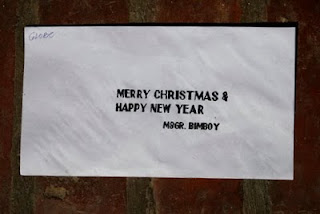 One of the modern aspects of Christmastime in the Philippines, not often spoken about due to its unspectacular and mildly unpleasant nature, is the barrage of service providers that ask you for "holiday tips". 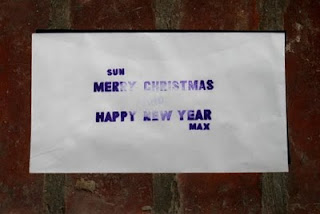 Messengers routinely leave small, white envelopes with their greetings, names, and company name stamped on. They are to be stuffed with a bill or two and returned during the next bill/statement delivery or during a special "collection trip". 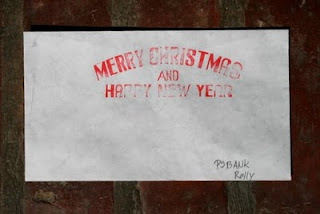 Some have their names carved onto a stamp and glued onto the wooden handle together with the greeting. Others simply scrawl their name down on a corner of the envelope, or have a smaller, detached stamp of their name made (to allow for greeting-stamp sharing). 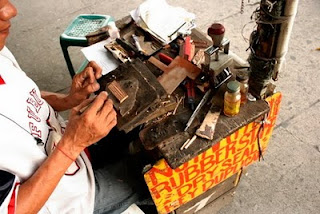 Preparations for the season are done a few months ahead by stamp-makers, who create a few standard greeting stamps. The mind-numbing task of scrawling on hundreds of envelopes is made easier by the street artisans of mechanical reproduction. It is engaging to wonder how their presence had broadened the practice, enabling higher efficiency and stamp-sharing. Enjoy the following photos, spot a misspelling and a repeat design from last year. 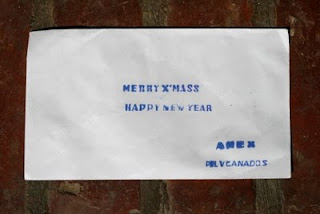 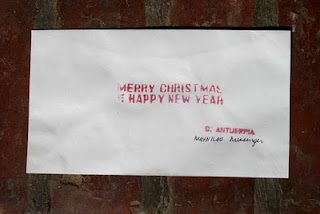 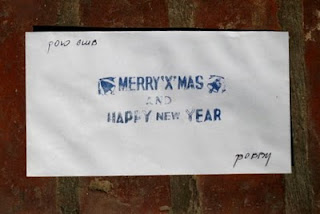 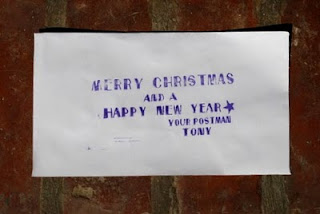