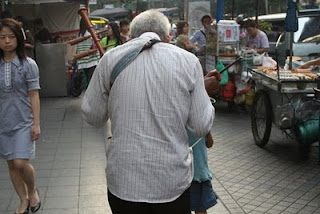 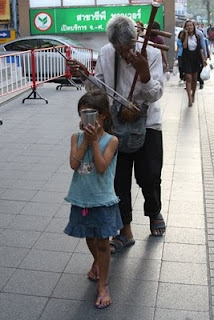 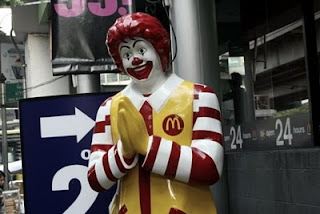 Email ThisBlogThis!Share to TwitterShare to FacebookShare to Pinterest
Labels: bangkok 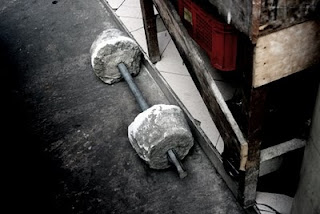 By a guard house.

More variations on the poured concrete weights, with a bar running through them. Seems a little humorous due to the preconceived notions we have of what weights should look like (commercial barbells, to be precise).

It also made me remember a colorful pair of antique weights for elite females (no pictures, unfortunately) that I spotted in India at one castle or another, which resembled beautifully painted bowling pins. One can only imagine the exercises of those days that kept royal ladies' arms "toned" despite their lack of work (their activity level being probably equal to the regular working person these days).

And yep, about other objects that are squarely in the "Spandex Zone" (e.g. bikes, until recently) which can benefit a wider audience just by a bit of reframing.

Frosted Jeepney Mirrors and Such

I consider many jeepneys to be in the "Parang Mexican" style. The Galleon Trade sparked a whole wave of artisans who produced ornamentation that was similar to that of the other colony at the time. 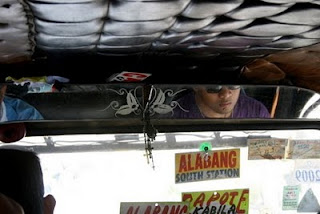 Frosted designs on the mirror, with usual padded ceiling.

I've always assumed that influence was more one-way (into the Malay region), but some recent readings (I'll post about the book in the near future) and musings have suggested otherwise. Those speeding by in red, green, white, those pre-sticker-art painted horses and etc. with aluminum accents, those kind of hint at an aesthetic and materials environment (new, plentiful cheap paint or pigment?) of an era gone by. 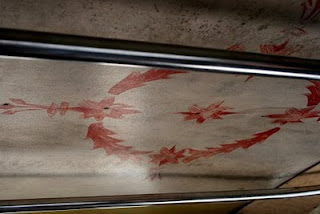 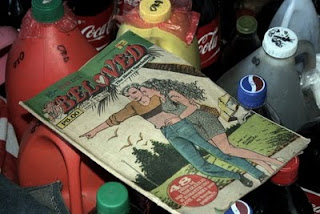 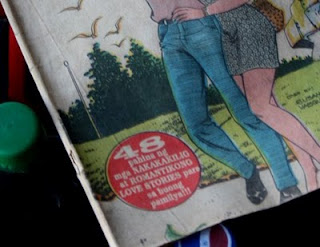 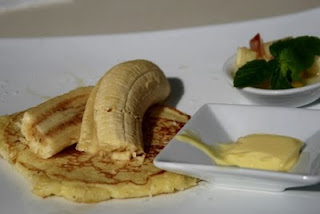 My marketing professor in college sometimes talked about the late food critic, Doreen Fernandez. One day, he told our class about how all her reviews of local restaurants seemed to be positive. "Don't you ever eat at bad restaurants?", he once asked her. "Well yes,", she replied. "I just never write about them."

I guess that is the most upstanding thing to do, and I'm no food critic, but I guess someday I'll reach the wise old age of enlightened, let-bad-restaurants-die-out-on-their-own thinking. I've eaten in so many places since I began writing this blog, many of them good. But I often get the urge to write about only those off the street, or the bad ones. So this is a bad one, and it's about bad pancakes. 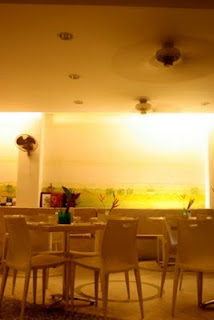 And it begins on the beach of Boracay, where I told myself, "tomorrow I'm having pancakes for breakfast". My most common encounter with them are in one hotel buffet or another, and I often bypass them, occasionally for their brother, the waffle, but often for something a bit more savory. This is because they are always less than stellar, and their "maple-flavored syrup" is too 80s (bad 80s).

But we had a pineapple-mint shake and a pot de crème at Lemoni Cafe the day before, and I spied "coconut pancake" or something, and I decided, I shall have that for breakfast, and maybe a bit of yogurt. Nothing will get in your way if you feel like this, you know?

So I got up a bit early, did some exercise, and went to Lemoni Cafe to order it. It tasted suspiciously like an egg with some flour in it. Did you cook this in a pan after making an omelette? I asked them. No, they wash all their pans after each use. Did you accidentally drop egg whites in it? No, no, that's really how we do it, one egg per pancake. Well, anyway. 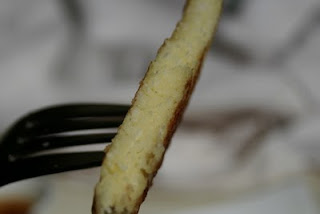 Exhibit A: pancake itself.

And so I failed to finish my serving, which was very flat, quite tough, and very yellow, with no taste of coconut at all. As I try to form some kind of polite protest, a fly actually lands on my plate, walks onto the syrup, struggles a little, and just instantly dies in the sticky mess. The waitress stares at this and awkwardly finishes her sentence and leaves, pretending nothing happened. I stare bewildered at the fly and thought about how similar we were, lured by sweet-smelling pancake adjectives, in a similar manner, only he/she probably has bionic sensory things, and I'm just a schmuck who reads menus. The only thing was I felt good to be more than a thousand times larger than a fly, with legs and opposable thumbs and the will to go for what we all know is that second meal, the one you always have after a bad meal to feel a bit better and get the taste out of your mouth.