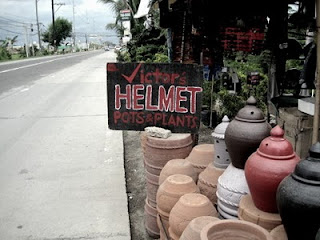 To the right, a fairly new setup housing an array of protective gear.

Along the Bulacan highway, you will find more "garden shops" than you can throw beans at. You will also find, in particular, Victor's Helmet Pots & Plants, a store that sells just that. Helmets, in the plural, and lots of them, for passing cyclists.

This is charming, and is certainly along the lines of that one we always chuckle about, the image of a sign outside a gate in the province: Notary Public... Tumatanggap din ng labada ("Also accepts laundry"). Certainly once we see a dentist begin to put colorful tarpaulins advertising cellphone load, we begin to think that his practice is going under, or at least isn't quite supporting the kids' schooling any longer. 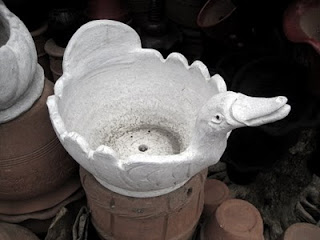 A duck pot sold at the helmet shop.

But since when have human beings been doing just one thing? The unquestioned dogma of the prefrerence for specialization and economic formalization promote inefficiency. The formal economy and its sister (thus far), irrational zoning, have concentrated opportunities not in places where they naturally flow (e.g. physical pathways commonly taken, local needs), but to the highest bidders. When a natural response to changing needs (like the vendors that pop up along busy thoroughfares) arises, it is seen as a blight, rather than a response to shifting human flows and local demand. It is best contained in a mall. 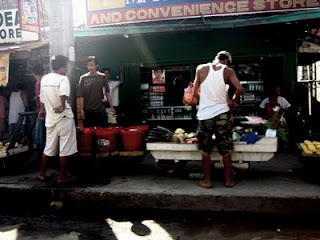 The popup market that has slowly instiutionalized itself along the Merville access road.

The norm and prestige of specialization help to deter people from being jacks-of-all-trades, or at least, hedging the risks of having only one skill, one product, one "career". Today, all academic training and mind-moulding is geared towards breeding you for a certain career. It is everywhere-- people talking condescendingly about the minor TV actor who sells health supplements on the side, the news bearing the tragedy of the farmers who must, during some times of the year, become fishermen. College children taking interdisciplinary courses are seen as loafers who "don't know what to do with their lives".

So "quirky" and "cute" may tide the multi-ventured microentrepeneur over until things begin to make more sense eventually. 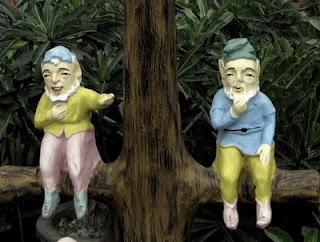 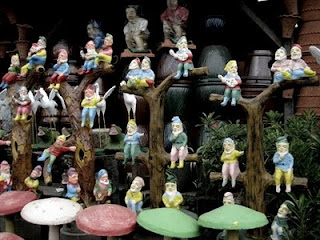 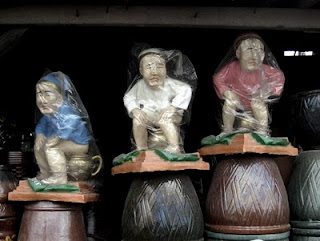 According to vendor, gnomes shitting gold into pots.